WEALTH MASTERY LIVE
LEARN HOW TO START A LIFESTYLE BUSINESS

Topic - How to Use Social Media to Grow a Successful

John Lee is the Co-Founder of Membby and Wealth Dragons Group PLC. He has gained over 6 million followers on Social Media within 3 years using his Social Media FME strategy.

He has millions of views on Social Media and become a best selling author. John has used the power of Social Media and the internet made his wealth in property by the age of 27 and listed a company on the stock exchange in 2019.

He subsequently gained an international reputation as a world class speaker and has shared stages with Bill Clinton, Tony Robbins, Alan Sugar, Richard Branson, Jack Welch (ex-CEO of GE) and Randi Zuckerberg. John has been featured in Forbes, Sunday Times, Huffington Post, Channel News Asia, Fortune Magazine, Edge, The BBC, The Wall Street Journal, and was awarded man of the year in 2017 by Global Women Magazine.

Vincent Wong is the co-founder and CEO of Wealth Dragons Group PLC, a fast-growing education provider in the self-development industry. He is the author of Property Entrepreneur and co-author of The Wealth Dragon Way.

Vince is one of the most dynamic and well-respected property entrepreneurs in the UK and internationally.

Since gaining his MBA in 2000, Vince has built a successful property business through helping countless people source and structure property deals. At the height of the financial crisis, Vince pioneered ground-breaking financing strategies by making history in the UK, Malaysia and the Netherlands where property deals were transacted without using mortgage finance and deposits. He is credited as the "Father of Lease Options" in these countries.

Today, Vince is dedicating his time to working with his business partner John Lee to expand their company to make self-education available to all. Their vision is to become the world's first billion dollar company in their industry. In 2019, Vince took Wealth Dragons Group Plc to the stock market which became the first UK company in their industry to be listed on a stock exchange.

As an internationally recognized public speaker, Vince is passionate about sharing his knowledge gained from a business career spanning 20 years. His message is that "you can structure win-win deals in property by helping people and making a fortune for yourself".

Rob Moore, known as the Disruptive Entrepreneur. He went from being heavily in debt in his 20s, to a self-made by 31.

Rob is developing almost 1000 units in his property management companies.

Rob is the Host of top ranked podcast the “Disruptive Entrepreneur” with almost 700 episodes & 15 billionaires.  He is the business mentor to many celebrities & successful business people.

Topic - Tips To Turn Followers Into Clients on LinkedIn

Shanee Moret is a coach, speaker and LinkedIn influencer who currently has over 1 million followers on the professional networking platform. She is the founder of Growth Academy, a community dedicated to helping entrepreneurs grow their business through online training that connects like minded people to network with one another and develop their professional skillsets.

When Moret was only 5-years old she was diagnosed with Stage 4 cancer. In her words, she was introduced to pain in a very early age. By the time she was 13 she was fortunate enough to win her battle and cheat death to become cancer-free, which forever changed her outlook on life. Moret graduated at the Florida Atlantic University with a bachelor of arts in psychology and philosophy. She also pursued a master's degree but decided to drop out and focus on her career.

Moret started her career in digital marketing at an Audi dealership. Her success there later inspired her to co-found MedSnake media, a full-service digital marketing firm that specializes in servicing health and medical brands.In September of 2020, she founded Growth Academy, which is headquartered in Florida. Within half a year's time, Moret grew Growth Academy to a 6-figure earning business. Through Growth Academy she has helped hundreds of entrepreneurs grow their businesses. Moret also hosts a top 50 Apple podcast called Growthpreneurs that has featured many famous guests, including real estate billionaire Grant Cardone, who was featured in season 2 of the reality television series Undercover Billionaire.

Navarro was a pioneer in the social media world in Israel, an expert in the field since 2003, and was one of the first people in the country that understood and applied social media marketing channels.

She established the first Digital department at the 2nd biggest advertising agency in Israel, Adler Homski and at 2011 she founded SUMO - the first ever Social Media college in Israel.
SUMO trained marketing executives from many major Israeli and International companies. Navarro was then recognized by Forbes Israel magazine as one of Israel’s digital thought leaders and was interviewed to the 40 under 40 successful leaders in her industry.

Navarro got involved with Crypto since 2016, and is advising and working with multiple projects worldwide.

She currently divides her time between being a mother to a beautiful toddler, running her international agency Social Lady, and speaking on many panels related to the NFT space.

Tal was named “The Facebook Fairy” for being one of the most influencing people on the internet, at the business magazines “Lady Globes” and The “Epoch Times”.

Tal was chosen as one of the 50 most influential people on Digital/Social media in Israel on Timeout Magazine.

Tal was chosen by “Forbes Israel” as one of the 40 “Young & Successful” persons in Israel.

Tal was chosen by “TheLeadres” to 1 of the 100 leading Instagram accounts in Israel.

Tal was chosen by “Lady Globes” Business Magazine to be 1 of the 50 strongest women on Facebook.

Vince Tan is the co-founder and CEO of Shock Media Studio, one of the fastest growing digital agencies in Malaysia.

The young Vince was a technological genius with a sense of mischief. He started computer programming at the age of seven. When he was 12 years old, he created a circuit board that tricked the local telecom company into allowing him access to the internet for free.

While still at school, he started his first official venture, a web design company called Webchitect building websites for his clients. He then got his first job, which was also his last, as the youngest ever lecturer in his alma mater at the age of 23.

Vince came to fame when he managed to spam the biggest search engine in the world, Google. As a result, he managed to own over 25,000 domains and build a system that auto-generated over 5 billion webpages and Google was disrupted severely for two minutes! Luckily without getting into too much trouble, he successfully achieved four major online product launches and generated $1 million in sales within the first seven days.

Vince got married at the age of 30. With the blessing of the birth of his triplets, he founded Shock Media Studio to empower SMEs in Malaysia to thrive in the digital space. The company became the fastest growing digital agency in Malaysia.

After training thousands of students and organisations in over 10 countries, and 20 different cities in online marketing, Vince continues to serve the business world through mentoring aspiring entrepreneurs. He believes entrepreneurship is the best way to make a massive impact on humanity and leave a legacy in this world.

This guest speaker is one of the UK's very best at teaching people how to trade the currency markets.

If you have limited time and still want to create an additional income, then you need to pay attention to this expert. 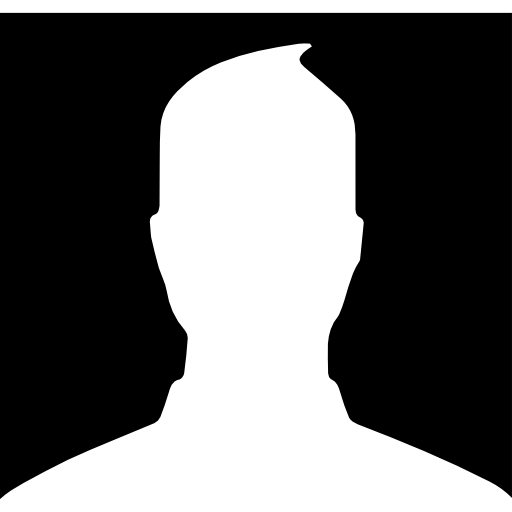